As I was leaving my house, racing to take middle son to guitar lessons after picking up baby from daycare after an insanely mind blowing dissertation proposal defense (mind blowing in terms of an amazing discussion that led me to literally say out loud in the defense “I’m all tingling right now.” Seriously? Who says these things while adulting? Me, apparently), anyway, so as I was leaving the house, the baby started to fling and flail his body around from his dad to me to n’importe qui. He was hungry and tired and just generally cranky (feelings to which I can totally relate), but he was on the couch and was throwing himself around in such a way that I did that thing we do when we pretend to take the voice of another, to say what we think they’re thinking, and I said “Fuck gravity.” Like this kid was just so over gravity. Fuck it. I’m doing my thing. I will throw my body around regardless of the laws of gravity. Fuck gravity.

This little off-hand remark brought my brain back to the mind blowing dissertation proposal defense today.  The proposed research was to look at how and why people, mostly mothers, come to reject mainstream medicine/science, by looking at Facebook parenting groups.  You know anti-science people like anti-vaxxers or those who refuse to replace toilet paper after using the last sheet (wait, that last one might be a different kind of person who can annoy me). At first glance, I kinda feel like anti-vaxxers are not much different from my toddler–no offense (None taken, I’m sure! sheesh, rude).  Sorry, but when I do the anti-vaxxer voice in my head, I hear them saying “whatEVER! You might think your science is true but I don’t FEEEEL like doing it. My feelings are bigger than your stupid laws of physics or medicine or science. Quit trying to poison my child with with your poisonous poison. Fuck gravity.”

I’m intensely interested in the issues of the science of motherhood. I’m highly suspicious of claims that science proves any particular mothering practice is the “right” one. I’m far more interested in context and real life, not what one should do based on perfectly controlled conditions. My research focuses a lot on breastfeeding, as one particular way in which science is used to tell mothers what to do–which historically has meant that at some points in time women were supposed to breastfeed and at others they weren’t. I make the argument (here and here, e.g.) that breastfeeding is valuable labor but women are the only ones paying a price while society reaps the rewards. Some people like to make what I could consider a gas-light-y counter argument that breastfeeding is natural and lovely and wonderful and therefore it doesn’t cost women anything and shut up, you’re wrong, la-la-la-I’m-not-listening-you-hate-mothers-babies-are-born-to-be-breastfed. Or something like that. As though people can’t love things and still find it sometimes hard, like you have to either love your job and thinks it’s beautiful and amazing or else you should quit.  Perhaps I’m not allowing for adequate nuances in their arguments, but whatever, it’s my blog. After I talk about my research, people often look at me kind of blankly and say “so, should women breastfeed or not?” I don’t care how mothers feed their babies as long as they get to do what feels authentic to them and keeps them and their families safe. I want mothers and babies and families to feel loved and cared for, I couldn’t give two sweet shits how they get there.

Either way, what I know is that science isn’t the only metric I judge what’s true–i.e. to use a fancy term, I have multiple epistemologies (ways of uncovering what’s true) one of which is science. There are many, many epistemologies I employ in my everyday life. If I were to put a number on it, I’d say I spend 1% of my life relying on actual science, even though I consider myself a social scientist and I probably spend 95% of my time obsessively thinking about what “is”.  Much more of the time I rely on what my parents taught me or on what  my friends say or on what my colleagues tell me are written in the books that I only really read the introduction to (or maybe the back cover of) or what my professors taught me when I was a student. Or on what I read in my various Facebook groups or in memes or from psychics at various points in my life or just cus it feeeeeeels good.  I make some of the most important decisions of my life in conversation with my God.

Every day, I piece together my understanding of what is based on all the million little bits of data I’m collecting all the time, very few of which were collected using any kind of systematic scientific method and most of which are based on claims to authority. I trust my parents to have taught me right, since they were professors themselves and I trust my professors since my parents were professors (that’s a bit of a tautology but it’s true). So, really, I’m not much different than anti-vaxxers, I just happen to have been born into a situation that led me to trust researchers and academics more than, say, my old neighbor who suggested we buy her Goji Berry juice regimen to treat my mother’s A.L.-fucking-S.

A major part of the difference between the Goji Berry claims and the “real” science claims has to do with measurement.  Science is all about measurement; in the words of my new BFF Brené Brown’s first stat’s professor “If you can’t measure it, it doesn’t exist” (note, I haven’t ever met my new BFF and actually, I still haven’t finished listening to her book). I’ve said nearly the same words to many students of mine in the methods and statistics courses I teach. Although, usually, I say “if you can’t measure it, we don’t study it.” Most of statistics is about measurement, people might think it’s about fancy statistical models or methods but the majority of time needed when analysing data is simply in coding and recoding variables. It’s often boring but it’s essential. How you code a variable changes the possibilities for how you can use it. It changes the meaning of what you’re looking at. For instance, if a survey asks people their income and I let their income just be whatever it is, I’m measuring how much money someone makes. If I take that variable “income” and I transform it into a new variable for “earns above the poverty line or earns below the poverty line,” I’m no longer measuring income.  Now I’m measuring poverty. There are lots and lots of books and debates and all kinds of things about how to measure poverty. Some say we should measure poverty by looking at how much someone earns relative to others, others say that we should measure poverty by a basic line below which no one should fall. In Canada there’s no official poverty line, in the United States there is. Either way, there’s general agreement that poverty exists and that we as a society should do something about it.

There are things, however, that we can’t measure. The existence of God, for instance, can’t be measured. I, personally, do not believe that this means God doesn’t exist. Lately, my God is a beautiful white woman with flowing brown hair and a sparkling purple dress thing and she floats above me in a swirling, sparkling light and tells me she loves me and laughs at my neurotic questions. God used to be a man for me. I started to play with my God as a black woman, maybe because my therapist is a black woman; I dunno. Sometimes my God is just a genderless force. I see God a lot in nature and in my dog and when I see loving acts between people. To me, God is the ultimate unconditionally loving force that loves everyone  This is my conception of God that brings me comfort when my articles get rejected or I made mistakes in the exam I gave or whatever petty little bullshit I’m obsessing over when I should be spending that mental energy calling my elected officials to get Trump impeached. Anyway, you can’t use science to tell me I’m wrong. You don’t know, you can’t measure it and you don’t know what my God is.  This is why I imagine that Richard Dawkins leaves that one last square on the toilet paper roll without getting a new one from the hall closet. 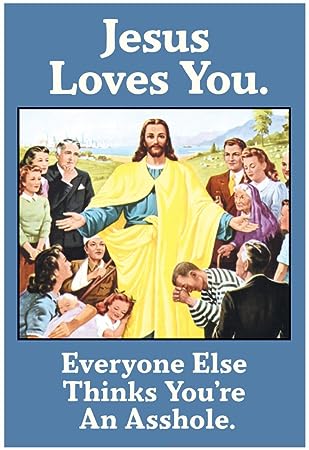 Anyway, so just like we can neither prove nor disprove the existence of God with science, we also can’t assess “good mothering” with science.  We can assess if our kids grow up alive or how much therapy they get or if they end up in jail or as millionaires (or both), but there’s no survey instrument that says “good mother vs. bad mother.” I was at a breastfeeding and feminism conference once where a public health breastfeeding advocate person actually challenged this idea by saying “Well, but if breastfeeding parents are less likely to abuse their children, can’t we say that breastfeeding parents are better parents?” Oh dear, go here for why that’d be a no.

I can’t measure what it means to be a good mother, although maybe we can measure what it means to be a bad mother, in terms of abuse or something.  We also can’t measure what it is to be a good person. We might collectively decide what are the things that make us good or bad and then we could create some kind of quiz where we could score each other. But what difference would that make? What’s the point? I think, but I don’t know, that this may be where we find the answer to why someone would risk their child getting horrible, painful, awful diseases like whooping cough or polio that we know were widespread prior to the introduction of vaccines rather than risk some unlikely reaction that “science” has shown to be unrelated to vaccination. I don’t think that these decisions have anything to do with science but a lot more to do with who we trust and how we’re scoring ourselves on the imaginary good person quizzes in our minds.

I mean it really doesn’t make any sense to me at all from a rational perspective, which is why it can’t really be a rational choice. But there are sooo many less obvious things that can be self-righteously argued to be true because… science… and then mocked because because… science isn’t really a scientific argument. 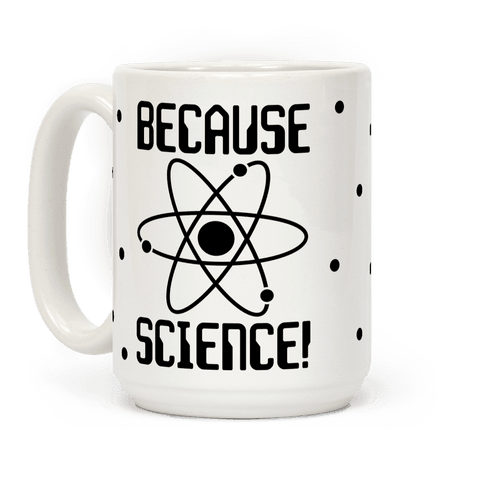 The reality of life is that sometimes science doesn’t explain my struggles or why I find my sparkly purple lady God so totally fucking comforting sometimes or why my being a good mother isn’t dependant on my doing a list of very specific things according to one particular pediatrician or why my being a good person doesn’t mean that I have to carry out a God damned significance test or assess the bayesian probability for the best outcome for each of my precious snowflake children. I am compelled to keep working harder and to keep doing better. But there are days when I’m hungry and tired and the daycare keeps sending the baby home for having a cold and all I want to do is let him watch cartoons and eat french fries. Sometimes I choose to do the thing that isn’t the best for my children even though I love them. Having humility means that I’m neither a perfect parent nor a perfectly imperfect parent. How could we even begin to measure perfection? Fuck that and fuck gravity*.

(*but seriously, vaccinate your children.)